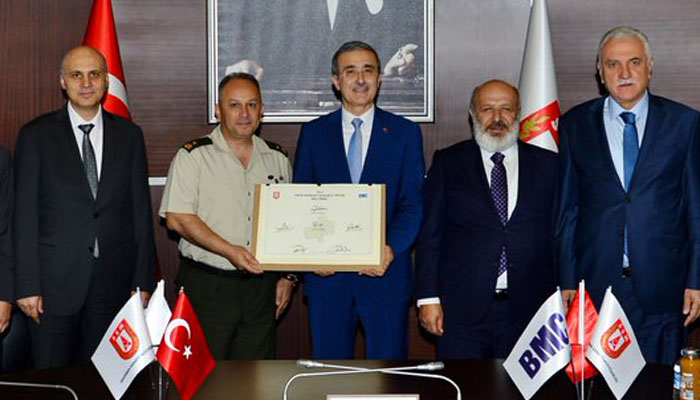 BMC, a commercial vehicle manufacturer that also produces trucks for the defense industry and is owned by Ethem Sancak, a staunch supporter of President Recep Tayyip Erdoğan and member of the ruling Justice and Development Party’s (AKP) Central Decision and Executive Board (MKYK), will sell 529 armored vehicles to the Turkish military, Turkey’s Undersecretariat for the Defense Industry (SSM) announced on Wednesday.

According to a message from the SSM’s official Twitter account, an agreement was signed between BMC and the SSM for a new project in which BMC will provide 529 armored vehicles, known as “kirpi,” or hedgehog in English.

BMC also provides armored trucks and buses as well as public transport buses to the Turkish military, police and municipalities across the country.

Sancak, known for the lucrative public tenders he has won during the AKP’s time in office, was elected to the party’s MKYK after Erdoğan was named party chairman again in May.

The businessman once expressed his love for Erdoğan, saying, “I fell in love with Erdoğan the first moment I saw him.”