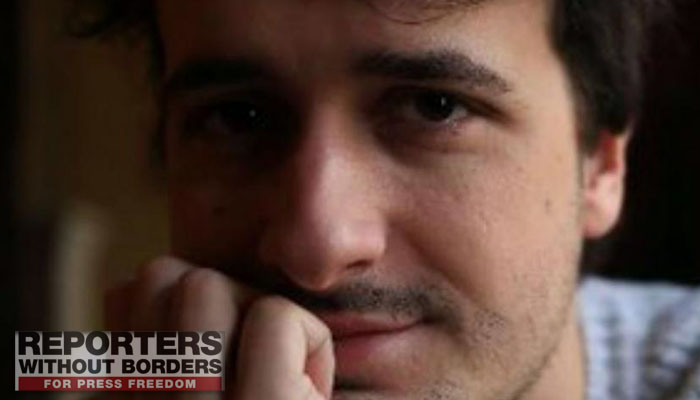 Reporters Without Borders (RSF) called on the Turkish government on Thursday to immediately release French freelance reporter Loup Bureau, who was jailed by a court on Tuesday, accusing him of aiding and supporting a terrorist organization.

Bureau was detained on July 26 near the Iraqi border, while he was preparing a report on the Kurdish issue and what life is like for the local population. He was arrested on Tuesday for aiding and supporting the Syrian Kurdish People’s Protection Units (YPG) and taken to a prison in Şırnak province.

According to the press release, RSF’s Eastern Europe and Central Asia desk head Johann Bihr called for the immediate release of Bureau and said: “We are extremely concerned about his imprisonment and the serious charges brought against him. He is just a journalist. We hope that the Turkish investigators will soon recognize this.”

Turkey is ranked 155th out of 180 countries in RSF’s 2017 World Press Freedom Index. The situation of its media in Turkey has become critical under the state of emergency proclaimed after a July 2016 coup attempt. Around 150 media outlets have been closed, mass trials are being held and more than 100 journalists are currently in prison – a world record.

Several foreign journalists have been either deported or jailed in Turkey, including Die Welt’s Deniz Yücel, who has been in pretrial detention since February of this year on similar terror charges.

Twenty-seven-year-old Bureau is an award-winning reporter for covering world hotspots including Egypt, Ukraine, Pakistan and Turkey’s borders with Syria and Iraq.