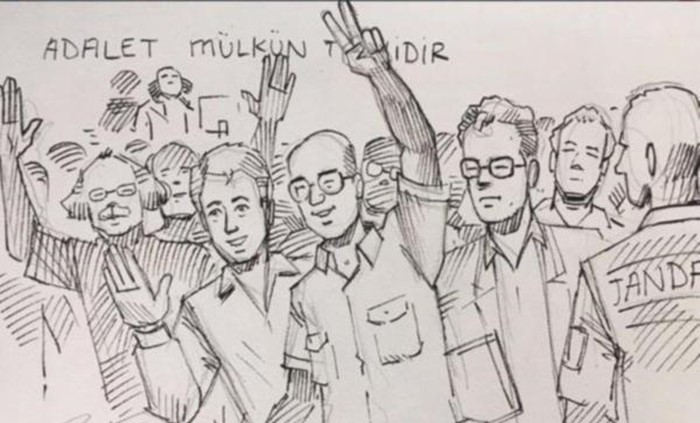 An İstanbul court on Friday released seven journalists and continued the pretrial detention of five others who were jailed as part of an investigation last year into the Cumhuriyet daily.

The charges brought against 17 Cumhuriyet employees in an April indictment accuse them of aiding the Kurdistan Workers’ Party (PKK), the Revolutionary People’s Liberation Party/Front (DHKP/C) and the Gülen movement, which is accused by Turkish authorities of being behind a failed coup last year.

The suspects were arrested by the İstanbul 9th Penal Court of Peace on Nov. 5, 2016. Atalay was detained at İstanbul Atatürk Airport upon his return from Germany and subsequently arrested on Nov. 12, 2016.

Cumhuriyet reporter Şık was also detained on Dec. 22 and arrested on Dec. 30, 2016 on charges of disseminating terrorist propaganda.