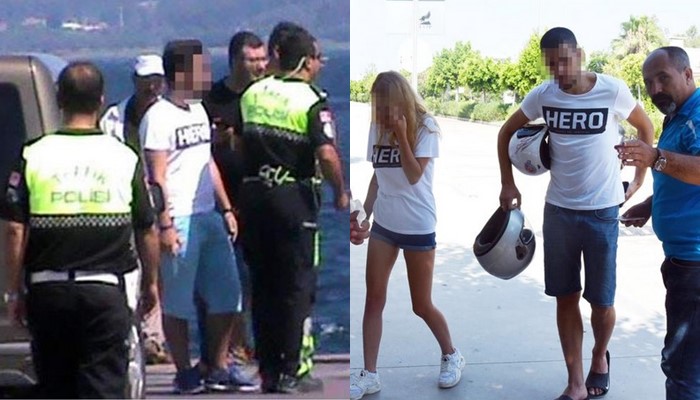 Three young men were detained in Antalya and Çanakkale provinces on Saturday as part of a witch-hunt targeting people wearing T-shirts bearing the word “hero,” CNN Türk reported on Saturday.

Ç.G. (22) and E.E. (22), two students at Akdeniz University, were detained after police were informed that they were wearing hero T-shirts in Antalya. The police apprehended the two by tracking them on the city’s surveillance camera system. The students said they did not know wearing the T-shirt was prohibited.

Several people in Turkey have recently been detained for wearing hero T-shirts, which became an issue when Gökhan Güçlü, one of the suspects on trial for an assassination attempt against President Recep Tayyip Erdoğan on the night of a coup attempt last year, was thrown out of the courtroom last Thursday for wearing a similar T-shirt.

On July 17, Emirhan B., who was detained when he was attending a coup trial at Ankara’s Sincan Courthouse on Monday, was subsequently arrested by a court. Emirhan B. said he was not aware of the meaning of the word “hero” on the T-shirt that he bought from a shop.

On July 19, Turkish police detained four people wearing a similar T-shirts in Eskişehir, Aydın and Elazığ provinces, one day after two university students were taken into custody in Erzurum for wearing hero T-shirts.

Two university students were detained on July 18 for wearing hero T-shirts in Erzurum province’s Yakutiye district. In their testimonies, the students reportedly said they bought the

T-shirts from a store in the city and that they had not heard anything about Güçlü.