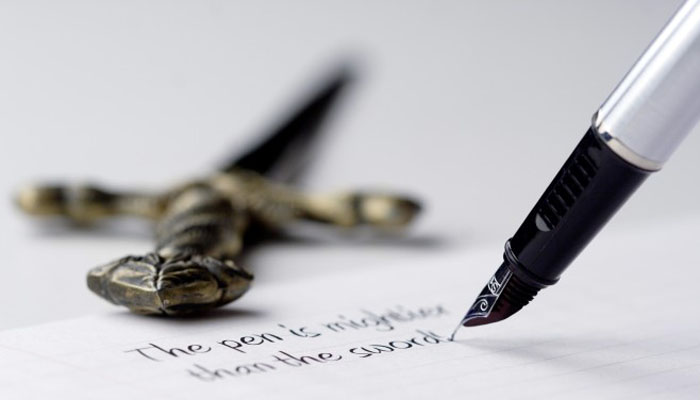 Objective resistance is never futile in understanding how Turkey can meet the needs of its economy, society and polity in a 21st century global age

It has been an interesting few days concerning understanding Turkish politics. As a former professor of sociology at Fatih University, from 2010 to 2016, and having managed to leave Istanbul days before the failed coup, I now sometimes find myself embroiled in heated exchanges with my former students who have become hardened AKP acolytes. These spats reveal significant tensions with regards to how Turkey is understood, experienced or perceived – even among many who, like me, came from outside to live and work in the country.

Since these intense discussions, I had a number of people calling me and informing me of various views and perspectives on me. Of course, it is flattering that people are taking notice of my work; however, there are implications. I have been indirectly but reliably informed by Turkish officials in London that if I attempt to return to Turkey I will be immediately jailed on entry, irrespective of my UK citizenship status. Apparently, they have “a big file” on me. I want to take this opportunity to clarify some of my thinking and my position overall.

In wanting to drill down in relation to what actually happened concerning the failed coup, from the evidence that is not in the public domain, it does appear, from trusted sources, that some Gülenists were involved at some level, but they were not the only faction interested in a coup. Moreover, it was only small cadre within the movement, not the entire civil society organization spread across the world seemingly held responsible for all of the events of the failed coup. The latter has been the politicization and the instrumentalization of the failed coup at the hands of the government, although it is important not to view Turkey with an orientalist gaze. Or come to the conclusion that Islamism equals authoritarianism or that every time there is some stability and authority in a society, a Muslim leader transforms from a democrat into an autocrat. I am certainly the first to break down the orientalist Islamophobic stereotypes of Muslim societies, including in relation to Turkey, which has been negatively affected as a result of the EU integration process that simply does not go anywhere because of enhanced Turkoskepticism. All of these ideas are in the public domain. It is an established consensus, and very much the views that I have been presenting over the last 12 months or so. The other important issue is that things will normalize in Turkey eventually, they always do, as this is a cyclical process – authoritarianism, normalization, liberalization and all over again.

Outside of Turkey, especially in the West, the Gülenists are relatively safe – for example, for all the bluster from the top of the AKP, Turkey wants to maintain good relations with the UK and other key countries of the EU. I am confident that the heat will die down – it has to – there is nowhere for Turkey to go. It still needs Europe – and Europe still sees Turkey as an important bridge. As to the details of the plot, all I can say, because it is all I know, and as has been made clear in many open fora, many different players were involved in the coup attempt, but as things unfolded on the day, many strange things did happen. And after it, all the emphasis was put on the Gülenists, and this is clearly absurd – so the AKP used what they found out during those precious hours to enhance what they were already doing with regards to totally smashing what it sees as enemy number one. It does not absolve the few Gülenists who are implicated – but nor does it legitimize the government’s heavy-handedness. As usual, two wrongs do not make a right.

Now I know that both Gülenists and AKP sycophants (and neutrals) are reading my posts, watching with interest, and potentially still unsure about whose side I am on. Well, this is simple. I am on the side of those who face greatest repression, suppression and stigmatization at the hands of any state. Hence, my extensive work on Muslim minorities in Britain, which is not at all about religion and everything to do with politics and society. It is the same when I am looking at Kurds, Alevis, Roma, Jewish or Christian groups in Turkey, with many suffering because of their minority status, even though they may be loyally devoted to their sense of Turkishness. This is what is interesting about minority–majority relations in supposedly democratic societies, and this is what continues to spur me on even if it means the risk of personal injury. If my words are raising alarm bells, leading to risks to my person, then so be it. I know I still have my pen my in hand – while thousands of people are locked away, suffering without recourse to the law, as all semblance of democracy is kicked aside. Silence the thought warriors, justice fighters and freedom pushers and thousands of new writers, journalists, activists, bloggers, scholars and politicos are born. The pen is truly mightier than the sword.

Tahir Abbas is a Visiting Senior Fellow at the Department of Government, London School of Economics and a Senior Research Fellow at the Royal United Services Institute. His recent book is Contemporary Turkey in Conflict: Ethnicity, Islam and Politics (Edinburgh University Press, 2016).