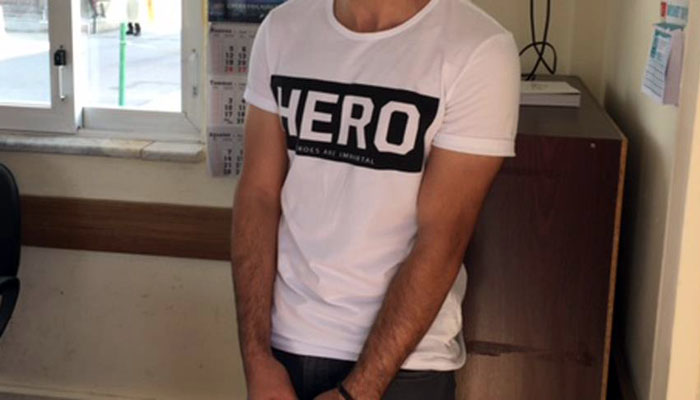 Two factory workers in Sakarya province were detained and a hotel worker in Antalya was arrested after co-workers reported them to the police for wearing T-shirts bearing the word “hero.”

According to the Diken news website, police took the two workers in Sakarya into custody and an investigation was launched into them.

The state-run Anadolu news agency also reported that Muhammet Ş., a hotel worker in Antalya, was detained after his co-workers reported him to police on Friday. Muhammet Ş. was arrested by a court on charges of spreading the propaganda of a terrorist organization.

Several people in Turkey have recently been detained for wearing “hero” T-shirts, which became an issue when Gökhan Güçlü, one of the suspects on trial for an assassination attempt against President Recep Tayyip Erdoğan on the night of a coup attempt last year, was thrown out of the courtroom last Thursday for wearing a similar T-shirt.

On July 17, Emirhan B., who was detained when he was attending a coup trial at Ankara’s Sincan Courthouse on Monday, was subsequently arrested by a court. Emirhan B. said he was not aware of the meaning of the word “hero” on the T-shirt that he bought from a shop.

On July 19, Turkish police detained four people wearing a similar T-shirts in Eskişehir, Aydın and Elazığ provinces, one day after two university students were taken into custody in Erzurum for wearing hero T-shirts.

On July 18, two university students were detained for wearing hero T-shirts in Erzurum province’s Yakutiye district. In their testimonies, the students reportedly said they bought the T-shirts from a store in the city and that they had not heard anything about Güçlü.