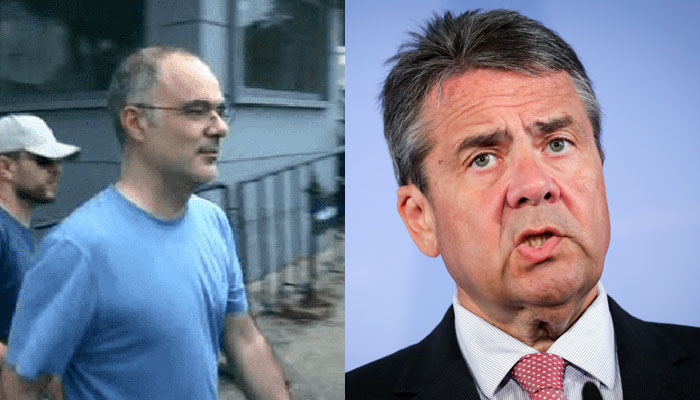 Foreign Minister of Germany Sigmar Gabriel on Thursday said Turkey long ago planned the arrest of German human rights consultant and activist Peter Steudtner, who was put in pre-trial detention on Tuesday.

Six human rights activists, including Amnesty International’s (AI) Turkey Director İdil Eser and Steudtner, who were detained on July 5 during a workshop at a hotel on İstanbul’s Büyükada, were put in pre-trial detention by an İstanbul court on Tuesday.

Underlining that Steudtner had no relation with Turkish politics and that it was probably his first visit of the country, Gabriel criticized the arrest decision and said: “These accusations are obviously unfounded and have simply been dragged out irrationally.”

The German foreign ministry issued a warning to its citizens planning to visit Turkey.

“Until now there was guidance for certain groups but we’re saying that now applies to all German citizens, not just for those with certain jobs. …. Everyone can be affected. The most absurd things are possible,” said Gabriel.

In addition to Steudtner, German journalist Deniz Yucel and seven other Germans are currently in custody in Turkey.

Turkey has accused Germany of engaging in “diplomatic rudeness” and “double standards,” saying it supports members of terror groups and hinders their trial.

Turkish President Tayyip Erdoğan is allegedly detaining German nationals to force the deportation from Germany of Turkish asylum seekers, who Erdoğan accuses of having mounted a botched coup attempt on July 15, 2016.