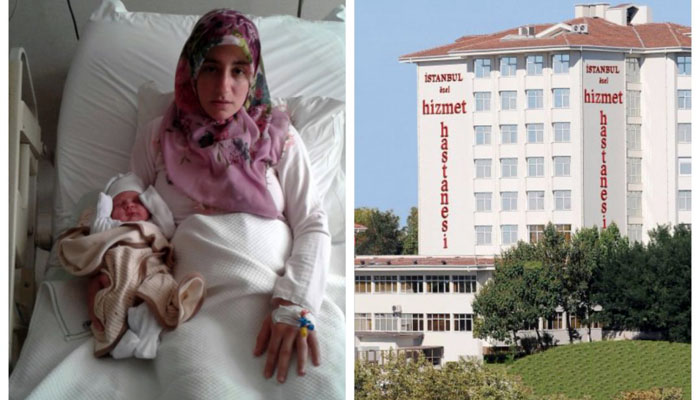 Yasemin Özkan, who gave birth to her third child last week by C-section and was served with a detention warrant immediately afterwards, was released after testifying to a Bakırköy court on Monday.

According to reports, a group of police officers waited outside the private Hizmet Hospital in İstanbul’s Bahçelievler district in order to detain Özkan on Friday.

Özkan faced a detention warrant as part of an investigation into the Gülen movement, which the ruling Justice and Development Party (AKP) government and President Recep Tayyip Erdoğan accuse of masterminding a July 15, 2016 coup attempt.

Özkan was released after giving her testimony in a Bakırköy court to which she was taken after being discharged from the hospital.

This is not the first detention of a woman immediately after delivery.

In June, teacher Esra Demir was detained a day after giving birth in Batman as part of the witch-hunt targeting the Gülen movement.

In May, Aysun Aydemir, an English teacher who gave birth to a baby in a Cesarean procedure, was detained at the hospital for links to the Gülen movement and subsequently arrested by a court and put in pretrial detention with a three-day-old baby in Zonguldak province.

A day after Ş.A. was taken into police custody, another mother known as Meryem gave birth to twins by C-section at a hospital in Konya and was detained by police despite doctors’ reports that she should not travel and was taken to Aksaray from Konya in a police car.