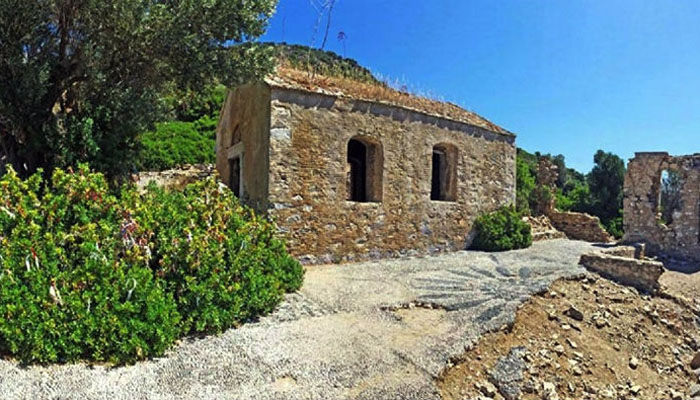 An 1,800-year-old Orthodox church in Turkey’s Muğla province is poised to fall into ruin due to its delayed restoration and neglect.

The Ministry of Culture and Tourism issued the necessary permits for restoration of a small, dilapidated monastery and church situated on Kameriye Island in Marmaris in 2013.

Mehmet Baysal, chairman of the Marmaris Chamber of Commerce, said there were adequate resources when the project was approved but that they did not have the authority to use them since the funds belonged to the Union of Municipalities.

According to Baysal, due to problems in allocation of funds between different municipalities, the issue was taken to court and is still awaiting a decision.

According to Turkish media, the Marmaris Trade Center (MTO) launched a project in 2010 to open the church for faith and marriage tourism after restoration. The project to convert Kameriye Island was approved by the Muğla Cultural and Heritage Preservation Board.