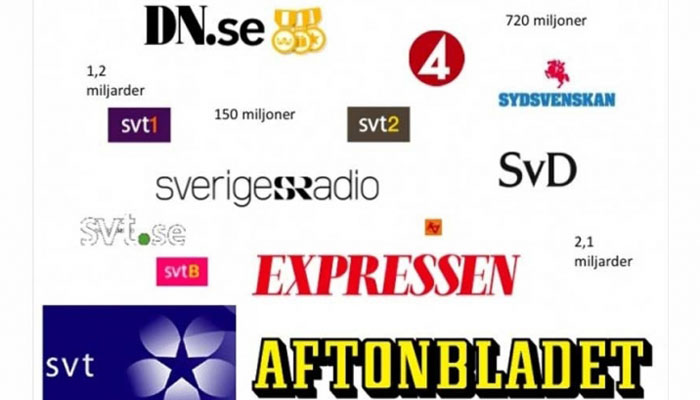 The editors-chief of 33 media organizations in Sweden sent an open letter to Turkish President Tayyip Erdoğan on the anniversary of a failed coup attempt on July, 15, 2016, asking him to free jailed journalists.

According to a Evrensel daily report on Saturday, chiefs from various Swedish media organizations, including the widely circulated Aftonbladet, Expressen, Dagens Nyheter and Svenska Dagbladet newspapers, expressed their concern over press freedom and human rights violations in Turkey.

“Exactly one year ago a coup attempt took place in Turkey, which is a European Union member candidate. Even though the coup attempt was of a military nature, a witch hunt was started against those thinking differently and not sharing your world-view. Thousands of people who thought differently were accused of being a traitor, spy and putschist,” they said.

The letter said that persecutions by the Turkish government targeted mainly journalists and intellectuals, making Turkey the biggest jailer of journalists in the world.

Two state decrees led to the closure of 500 Turkish and Kurdish media outlets and the seizure of their properties, said the media chiefs in the letter.

Reminding that the journalist Şahin Alpay, who is one of 177 jailed journalists in Turkey, has always been against the interference of the military in politics, the editors said freedom of the press and expression was no longer functioning in Turkey.

Alpay, who requested asylum in Sweden in the aftermath of a coup attempt in 1971, is accused of planning and participating in the military coup attempt last year. Three life sentences are being sought for Alpay.

Asking Erdoğan to return the properties of media organizations and move the barriers before press freedom, the letter said: “95 percent of the media is under the control of your regime. The situation of our colleagues is worrisome.”