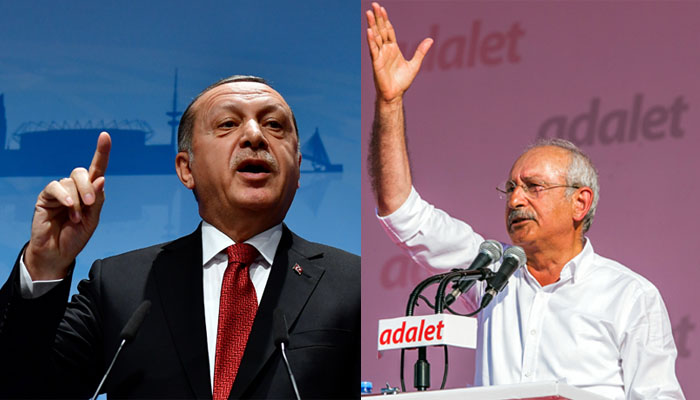 President Recep Tayyip Erdoğan threatened main opposition Republican People’s Party leader Kemal Kılıçdaroğlu with not being able to go out into the street again, during a commemoration event in Ankara on Wednesday held to mark the anniversary of a coup attempt last July.

Accusing Kılıçdaroğlu of being a coward, Erdoğan said: “If the person leading the main opposition [Kılıçdaroğlu] had not hidden on July 15 [when the coup attempt took place] in İstanbul, we would look at this march [ a ‘March of Justice’ initiated by Kılıçdaroğlu] differently. This person who [talks about taking to the streets] should know that he may not be able to go out on the street again.”

President Erdoğan also accused Kılıçdaroğlu of defending putschists and terrorists and said the justice sought in the streets is actually revenge, which ends in vandalism.

The “March of Justice” launched by Kemal Kılıçdaroğlu on June 15 in Ankara ended in İstanbul on Sunday with a “Justice Rally” attended by millions in Maltepe.

The march was initiated in protest of the arrest of CHP deputy Enis Berberoğlu, who was sentenced to 25 years in prison for leaking information for a report on National Intelligence Organization (MİT) trucks transporting weapons to jihadists in Syria.

Berberoğlu has been held in Maltepe Prison since June 14.

The government has been targeting the march, accusing the marchers of standing by terrorist organizations.