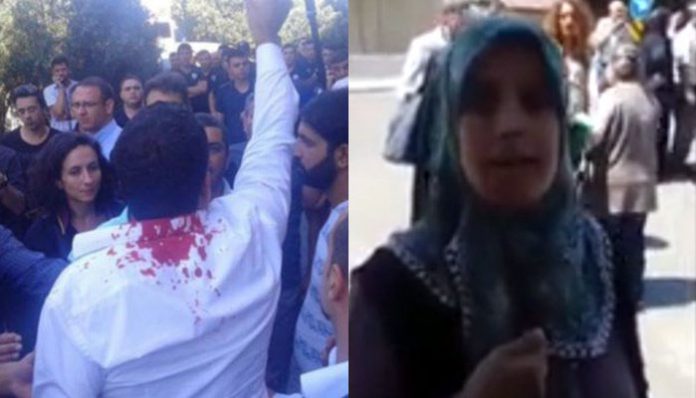 Ankara police beat family members of victims of a 2013 terrorist attack in Reyhanlı after a hearing on Friday and then apologized to them, saying, “Sorry, we thought you were supporters of jailed [pro-Kurdish Peoples’ Democratic Party (HDP)] Co-chair Selahattin Demirtaş.”

After a hearing at Ankara’s 9th High Criminal Court on Friday, police interfered with a group of people who had attended the hearing, part of an investigation into the terror attack in the Reyhanlı district of southern Hatay province in 2013 in which 53 people died and more than 140 were injured by a car bomb.

Some of the family members of the Reyhanlı victims were beaten and wounded by police while they were giving a press conference in front of the Ankara Courthouse.

After realizing the group comprised family members of the Reyhanlı victims, the police apologized and offered to call ambulances, saying, “Sorry, we thought were HDP members.”

The mother of a victim said that “the police came as we were applauding. They attacked us. Is this [the honor we should receive for] being the family members of martyrs? We gave over 50 martyrs to this land; all were between 19 and 21 years of age.”

Another mother added: “Is this justice? Hiding villains inside, defending terror supporters and removing martyr families [from the courthouse] and telling them to get into a police bus! Is this justice?”

Thirty-three suspects are on trial as a result of an investigation into the Reyhanlı attack.