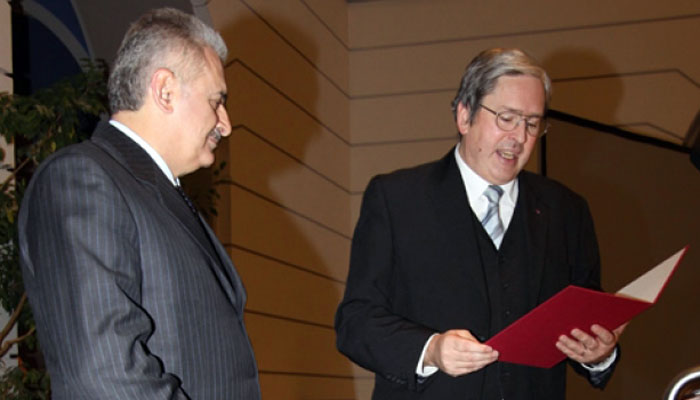 Technical University of Berlin has expressed regret for bestowing an honorary doctorate on Turkish Prime Minister Binali Yıldırım in 2011, the Diken news website reported on Tuesday.

Kurds living in Germany demanded that the university take the doctorate back from Yıldırım due to his oppression of dissidents and his role in transforming Turkey into a “dictatorship.”

The university published a statement on its website and condemned Yıldırım for his attitude against critical academics.

“Technical University of Berlin gave an honorary doctorate to Binali Yıldırım but Yıldırım would not be able to get such an award today,” said the statement.

According to a report issued in March 2017 by the main opposition Republican People’s Party (CHP), 4,811 academics have been dismissed from 112 universities across the country through decrees issued during a state of emergency declared after a failed coup attempt last July.

A BBC Turkish report published in November 2016 said a total 19,828 academics have been dismissed, stripped of the right to teach at universities or have become unemployed due to the closure of their universities by the Justice and Development Party (AKP) government.