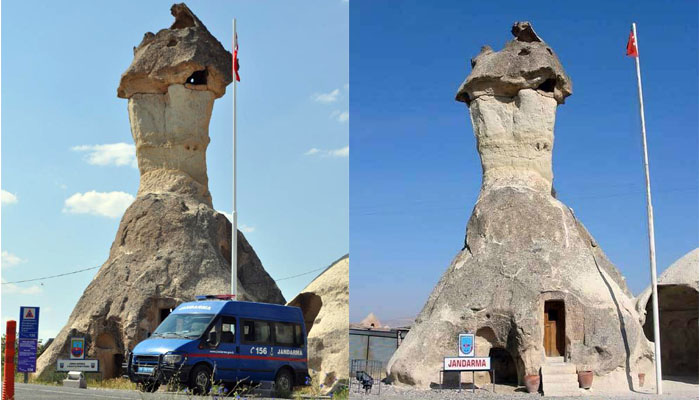 Fairy chimneys in the Cappadocia region of Central Anatolia are being used as gendarmerie stations in lieu of constructing new outposts in order to preserve the area’s natural surroundings, the Evrensel daily reported on Wednesday.

The report said that three gendarmerie stations were installed in fairy chimneys so as to avoid harming the natural attributes of the area.

The Rock Sites of Cappadocia, a UNESCO World Heritage Site, were formed after a geological process of ancient volcanic eruptions millions of years ago. The erosion formed a succession of mountain ridges, valleys and pinnacles known as “fairy chimneys” or hoodoos, which stretch as far as 130 feet into the sky.