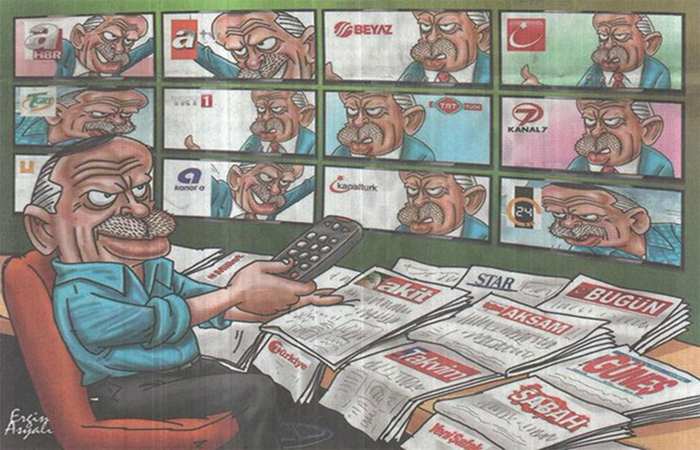 Sixty percent of Turkish people do not trust the news published in the mainstream media, according to a Digital News Report published by the Reuters Institute for the study of Journalism in Oxford on Thursday.

The report, which is released every year, has shown that mainstream media is largely controlled by the government in Turkey and that Turks primarily follow online websites and social media for news.

The percentage of survey participants who think news coverage in Turkey is free from political influence dropped by nine points compared to last year’s figure, falling to 20 percent, while those who think news coverage is free from economic factors accounts for 23 percent of participants, four points lower than last year’s figure, Deutsche Welle Turkey reported.

Nic Newman, the lead author of the sixth annual Digital News Report, told the Thomson Reuters Foundation: “It is very popular to criticize social media but it is very good for incidental news and especially in countries where the media is controlled by the government.”

The survey, in which more than 70,000 people from 36 countries participated, has also shown that 33 percent of respondents around the world do not trust the accuracy of the news and 54 percent follow news from social media.

Turkey is ranked 23rd in the survey among 36 countries with respect to the level of lack of trust in media.