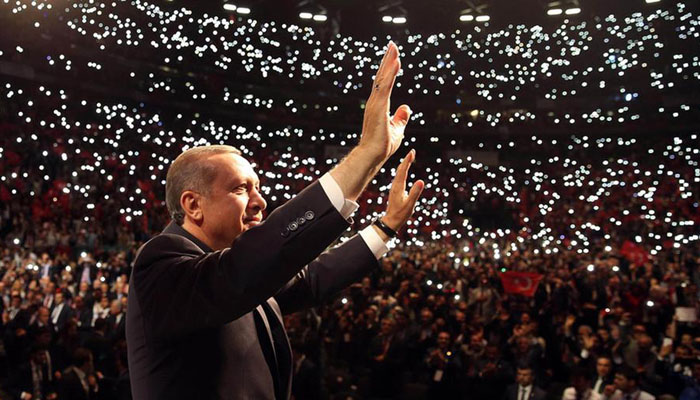 German halls have declined to reserve space for a speech by Turkish President Recep Tayyip Erdoğan, who plans to address Turks in Germany following the G20 summit on July 7-8, Deutsche Welle (DW) reported.

According to a story in DW Turkish on Wednesday, Westfallenhalle in Dortmund and the König-Pilsner-Arena in Oberhausen for various reasons refused to book space for a program that will be attended by Erdoğan on July 9.

The Westfallenhalle press relations office told DW that the hall refused the booking due to unavailability, however declined to comment on who was reserving the space.

The König-Pilsner-Arena said their hall was not available due to summer renovations.

The Turkish Embassy in Germany also commented on the issue to the DPA news agency, saying they have no information about the bookings.

The German Foreign Ministry said in a statement on Wednesday that Turkey did not make any request to arrange a hall for Erdoğan’s address, DW reported.

Turkey’s relations with various European countries became strained due to the cancellation of rallies planned to be held by Turkish ministers in order to seek the support of Turkish expatriates for an April 16 referendum that expanded Erdoğan’s powers.

During a rally in Turkey on March 6, Erdoğan said he would go to Germany for a referendum rally if he wanted to and warned the German government that he would cause the world to rise up if he is not allowed to speak there.

Attacking the German government over the cancellation of referendum campaign programs of Turkish ministers in Germany, Erdoğan accused Germany of employing practices similar to those of the Nazi era.

“I thought that Nazism has ended in Germany. But it seems your practices are no different from the Nazi practices of the past,” he said.