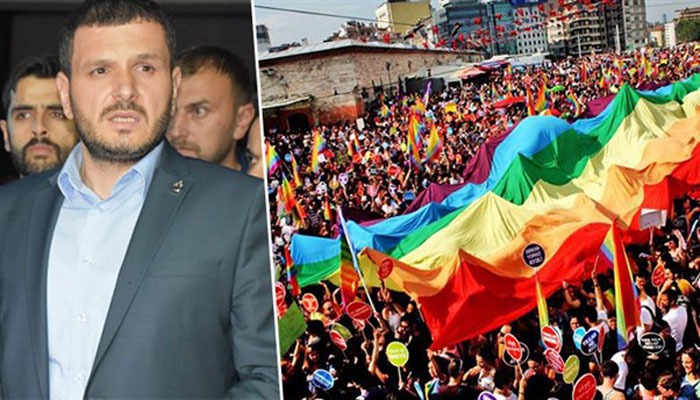 A group of NGOs announced on Wednesday that they plan to file a criminal complaint against the head of the nationalist Alperen Ocakları’s İstanbul branch, who on Monday announced that his group would not allow LGBTI members to hold a pride parade in İstanbul on June 25.

At a joint press conference in İstanbul on Wednesday, pro-LGBT KAOSGL website member Yıldız Tar, along with members of the Sexual Identity Policies and Sexual Orientation Studies Foundation (SPOT) and the Pride Week organizing committee, said they would file a criminal complaint over the threat and would stand against people who threaten them.

Kürşat Mican, head of the Istanbul branch of Alperen Ocakları, an offshoot of Turkish nationalist movement the Grey Wolves (Ülkü Ocakları), said at a press conference on Monday that “wherever they walk, we will go there and block the street. They can come there.”

Mican stood trial for threats against LGBTI members ahead of the pride parade last year.

In 2016 the İstanbul Governor’s Office banned a pre-scheduled LGBTI pride parade to take place in Taksim on June 19 and 26 soon after an attack at a gay nightclub in Orlando, where a gunman killed 49 people and injured more than 50.

The governor’s office released a statement underlining that the parade had been canceled due to reasons of safety.