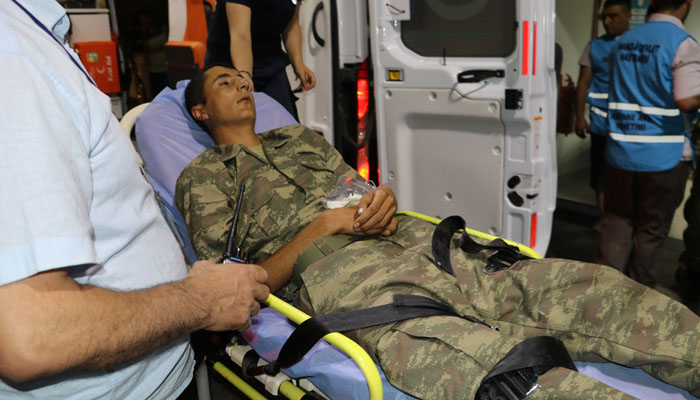 After hundreds of soldiers were hospitalized on Saturday in Manisa due to food poisoning, an employee of the catering firm serving the military base, Rota Yemekçilik, said they were using food that should have been thrown away for the soldiers’ meals.

The employee, who spoke to Milli Gazete, said they wouldn’t eat that food themselves and that soldiers were poisoned because of the spoiled ingredients. He said chicken and rice were not refrigerated and that smelly food was delivered to soldiers after being reheated. He also added that cheap ingredients were preferred and said they were unrefrigerated for a long time. According to the employee of the firm, the Provincial Directorate of Agriculture was unable to inspect the catering company because it is situated on the military base.

Twenty-one employees of the catering company were detained after 731 soldiers were hospitalized on Saturday due to food poisoning. Following complaints of nausea and vomiting after dinner, 300 soldiers were taken to hospitals and 200 were treated in a dispensary inside the military compound.