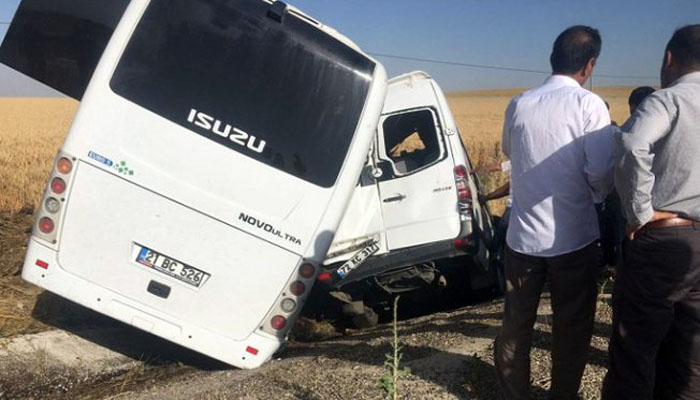 Five men died and five policemen were injured in an accident between a car and an armored vehicle on Tuesday in the Lice district of Diyarbakır province.

The victims were taken to hospitals in Lice and Diyarbakır.

Another armored vehicle driven by police officers rammed into a house last month killing two children in the Silopi district of Şırnak. The police officer, whose identity was not revealed, was arrested as part of an investigation ordered by the Şırnak Governor’s Office.

Witnesses said the police officers who were in the vehicle fled the area immediately and that they were under the influence of alcohol, although the Şırnak Governor’s Office denied the eyewitness reports.