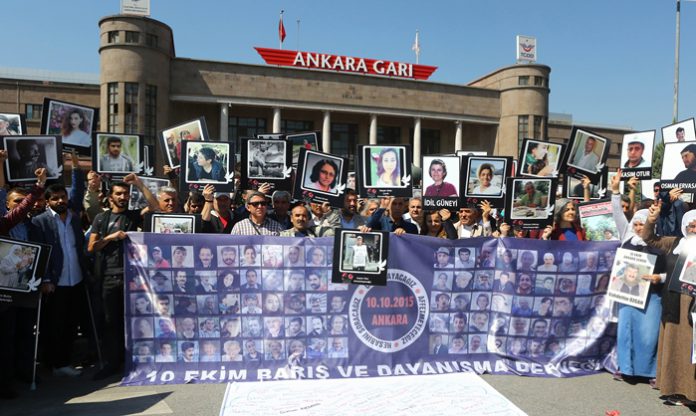 An Ankara court has ruled for the payment of TL500,000 in compensation to the family of Hasan Baykara, one of 102 victims of a terrorist attack by Islamic State in Iraq and the Levant (ISIL) militants in Ankara in October 2015, the Milliyet daily reported on Tuesday.

Baykara’s family first demanded TL2.8 millionfrom the Interior Ministry for non-pecuniary damages due to its failure to prevent the attack. When the family’s demand was rejected by the ministry, the family filed a compensation case against the ministry.

The court said the ministry is responsible for paying for the damage caused by its actions.

A total of 102 people were killed and more than 400 were injured on Oct.10, 2015 when two ISIL suicide bombers blew themselves up outside Ankara’s central train station during a demonstration calling for peace in the country. It was the biggest terrorist attack in the history of the Turkish Republic.