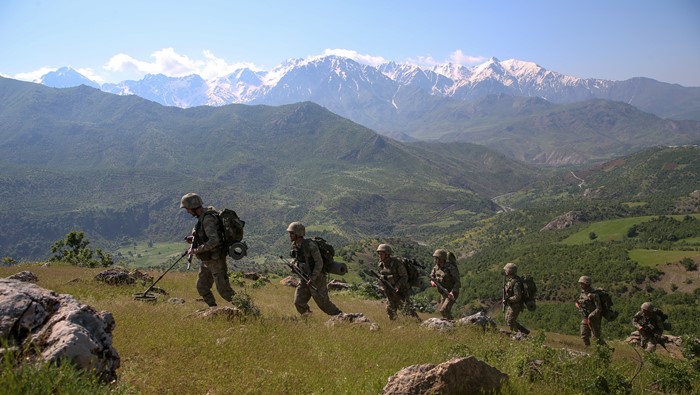 The Turkish Interior Ministry announced on Monday that a total of 48 outlawed Kurdistan Workers’ Party (PKK) terrorists have been neutralized in 548 operations across Turkey over the past week.

During the operations, Turkish security forces detained 278 people on charges of aiding and abetting the PKK.

Fifty Islamic State in Iraq and the Levant (ISIL) members were also detained in the same period.