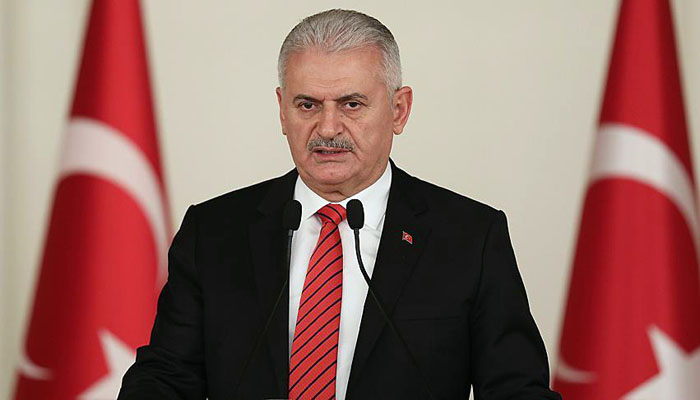 Turkish Prime Minister Binali Yıldırım said on Sunday that a pre-planned offensive to liberate the Syrian city of Raqqa from the Islamic State in Iraq and the Levant (ISIL) started late on Friday as the US had informed Turkey about the operation before it was launched.

According to the state-run Anadolu news agency, Yıldırım reiterated Turkey’s disapproval of US support for Kurdish militia, although Washington had reassured Ankara that weapons given to the People’s Protection Units (YPG) by the US would not become a threat to Turkey.

At a press conference in Ankara on Sunday Yıldırım said: “They [the US] told us that it was not an option but an obligation [to cooperate with the YPG in the Raqqa operation] and that the tactical cooperation with them would not be maintained for long after the operation.”

On May 9, President Donald Trump authorized the arming of the YPG in Syria ahead of a planned assault to retake the city of Raqqa from ISIL, causing anger in Ankara.

Turkish President Recep Tayyip Erdoğan was in Washington on May 16 and met with Trump in an attempt to convince the US president to reverse the decision to arm the YPG.

Ankara sees the YPG as a terrorist organization due to its ties to the outlawed Kurdistan Workers’ Party (PKK), while Washington considers it an ally in fight against ISIL.