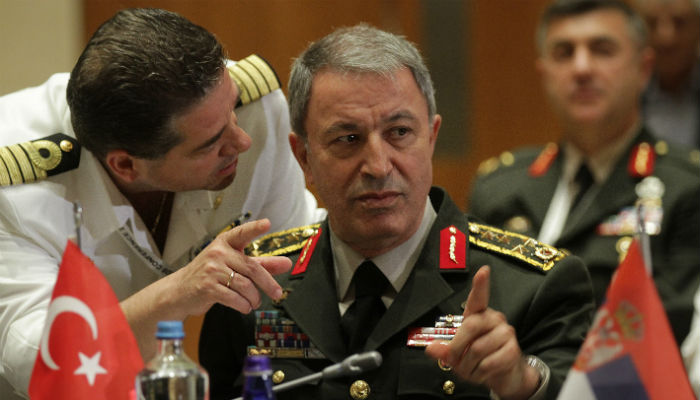 In remarks that came as confirmation of Turkish authorities having prior knowledge of a coup attempt on July 15, 2016, Chief of General Staff Gen. Hulusi Akar has said the coup was staged prematurely and eventually foiled thanks to measures taken by the authorities.

Akar’s remarks came in an eight-page-long statement he submitted to a parliamentary commission investigating the July 15 coup attempt on Monday.

Akar was taken hostage by the coup plotters on the night of July 15 and was released the next morning after the failure of the coup attempt.

In his statement the army chief said a tipoff given to the National Intelligence Organization (MİT) by a major on the afternoon of July 15 was thought to be part of the coup plan by him and MİT.

There is widespread suspicion that the Turkish government, MİT and the General Staff had prior knowledge of the coup attempt but failed or deliberately did not take the necessary measures to prevent it.

Some say President Recep Tayyip Erdoğan allowed the coup plot to be put into motion so that he could use the coup attempt as a pretext to punish dissidents.

“This tipoff [from the officer]was taken seriously from the very beginning, and all the necessary measures were taken without hesitation. In my view, thanks to these measures, the betrayers panicked and, as we learned from subsequent suspect testimony, they had to stage the coup attempt earlier although it was scheduled for 3 a.m., so this played an important role in aborting the coup attempt,” Akar said.

It was around 9 p.m. when the coup attempt was put into action on the night of July 15.

According to Akar, the major did not give any tipoff about the coup attempt but said an attack would be staged on MİT targeting its undersecretary, Hakan Fidan.

The army chief also said although he was taken hostage by the putschist soldiers and was physically restrained, he told the coup plotters in clear and harsh terms that they should give up the coup attempt and surrender.

Akar said he never bargained with the coup plotters.