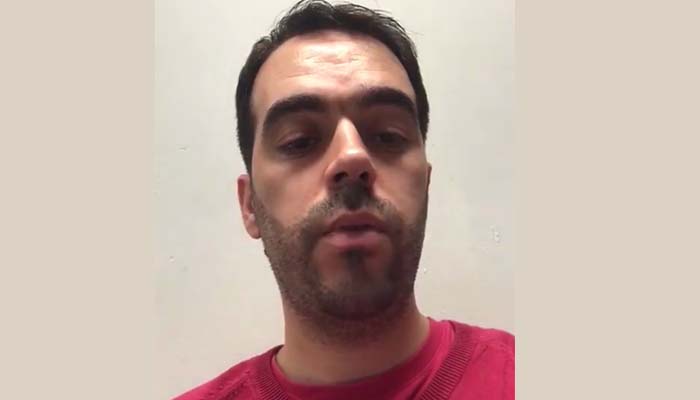 Myanmar-based teacher Furkan Sökmen was put on a Turkish Airlines flight by Turkish police and Turkish Embassy staff on Friday after he and his family were detained on Wednesday at Yangon International Airport while trying to board a flight to Bangkok.

The teacher appears to be the latest victim of the Turkish government’s worldwide purge targeting alleged followers of the Gülen movement, reported Coconuts Yangon on Thursday.

In a video shared by his friends in social media, Sökmen was heard shouting and crying for help as he was being forcibly handcuffed and put in plane without his consent.

Phil Robertson, the deputy Asia director for Human Rights Watch, has called on Myanmar and Thailand to provide Turkish schoolteacher Furkan Sökmen and his family access to the UN Refugee Agency, UNHCR.

“Both Myanmar and Thailand had the opportunity to do the right thing and provide this school administrator with access to #UNHCR so that his serious fears of persecution and possible torture if returned to Turkey could be examined,” Robertson said a statement on Friday.

“To do so would have been both humane and rights respecting, but both governments took the apparently cynical view that Turkey can do whatever it wants with its citizens, even those residing legally in other countries.”

“Government leaders in Yangon and Bangkok have instead shamelessly chose to play the role of willing handmaidens to Turkey’s rights abusing campaign to strip its own citizens of their passports and force them back to a fate that could include possible torture, long pre-trial detention, and trials on trumped up charges before courts where proceedings are likely to be neither free nor fair,” added HRW’s Robertson.