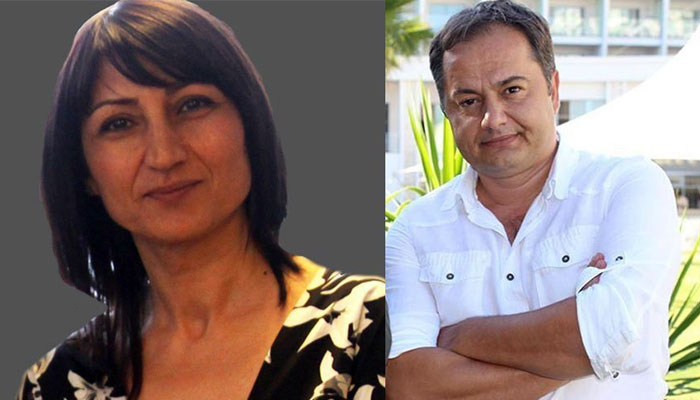 Sözcü daily reporter Gökmen Ulu and online manager Mediha Olgun, who were detained in an operation last week, have been arrested over alleged links to the faith-based Gülen movement, which is accused by the Turkish government of masterminding a failed coup attempt on July 15.

A third employee, finance manager Yonca Yücekaleli, was released by the court.

A report in the Cumhuriyet daily said last week that the reason for the investigation into Sözcü was the publication of a report on July 15 that aimed at revealing the whereabouts of President Recep Tayyip Erdoğan, who was in the western holiday resort of Marmaris at the time.

They are accused of “membership in a terrorist organization and committing crimes on behalf of the organization” and “armed insurgency against the Turkish government.”

The Sözcü daily last Saturday published a totally blank edition with the headline “May 19 press freedom special edition” to protest detention warrants issued the previous day for its owner and three of its employees.

The European Union last week expressed concerns about the operation in İstanbul targeting the Sözcü daily.

“The EU is worried about the police operation conducted today in Istanbul targeting journalists of daily Sözcü and their staff members, and on the selective and arbitrary application of anti-terror legislation, which have a grave impact on freedom of expression,” Maja Kocijancic, EU spokesperson, said in response to a question concerning the operation against Sözcü.

According to a report issued by the TGC on Friday, 123 Turkish journalists are fugitives abroad, while 159 were in jail as of the end of April.

Amnesty International recently projected the names of imprisoned Turkish journalists onto the facade of the Turkish Embassy in The Hague.

According to “Freedom of the Press 2017,” the Turkish government, using enhanced powers under a state of emergency, carried out a massive purge of media outlets accused of links to the attempted military coup in July.