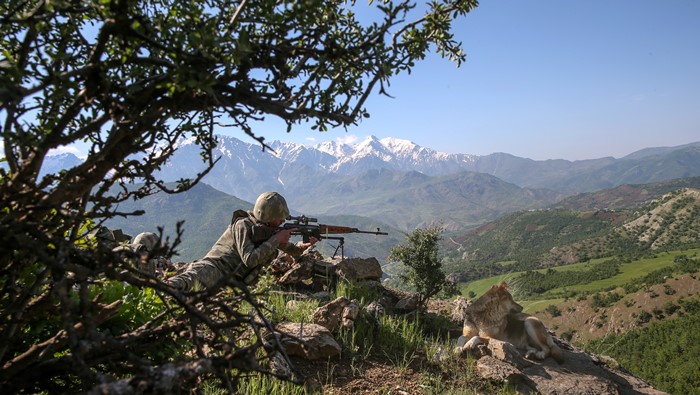 The Turkish Armed Forces (TSK) announced on Friday that 20 members of the outlawed the Kurdistan Workers’ Party (PKK) have been “neutralized” in the Mount Tendürek region of Ağrı province.

According to a statement, nine PKK members were also neutralized in the same region during operations on Thursday.

One soldier killed in Hakkari

One Turkish soldier was killed and two were injured when an explosive was detonated by remote control in the Çukurca district of Hakkari province.

Five soldiers and two village guards have been killed in clashes between outlawed PKK terrorists and Turkish security forces in Turkey’s Southeast over the past two days.