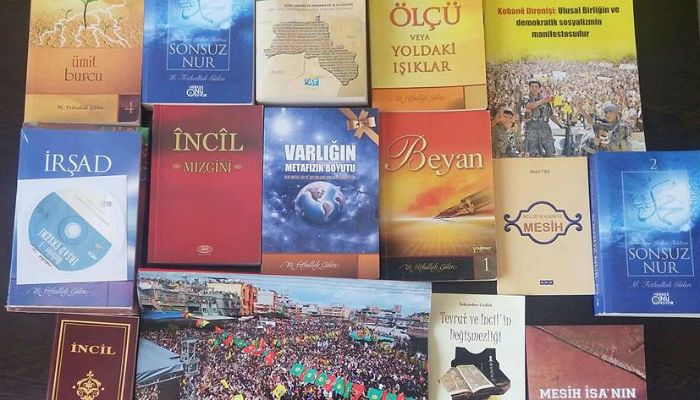 A number Islamic books by Turkish-Islamic scholar Fethullah Gülen, a Bible and some other religious publications including one on Jesus Christ have been confiscated by Turkish police as evidence in an investigation into the outlawed Kurdistan Workers’ Party (PKK).

According to Turkey’s state-run Anadolu news agency on Wednesday, a Mardin man, identified as S.A., was arrested in an operation against the PKK.

Police conducted a search of his home and seized copies of some books written by Gülen, a Bible and many other volumes, most of which are about Christianity.

As the Turkish government pinned the blame for a July 15 coup on Gülen and his movement, books penned by Gülen and those by sympathizers of the movement were banned by government decrees issued under a state of emergency declared following the coup attempt in the country. The Gülen movement denies any involvement in the putsch.

Government circles also criticize the movement for its promotion of interfaith activities and dialogue, accusing the group of an alleged cooperation with the “the crusaders” to harm Islam.

Police in many other provinces have presented Gülen’s books as evidence of terrorism. (TurkeyPurge)