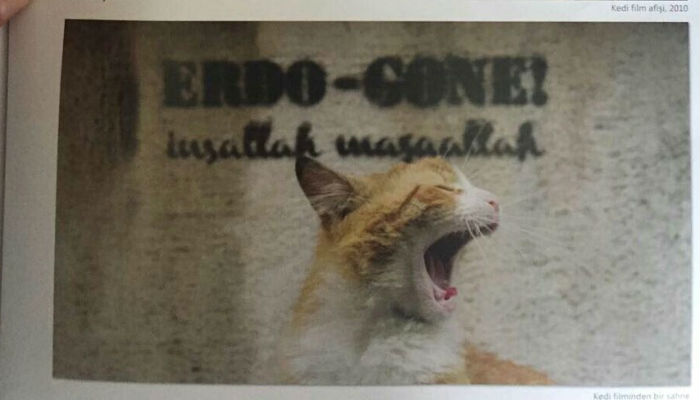 The İstanbul Metropolitan Municipality has closed down a magazine printed by the municipality and sacked three people who were responsible for its publication after the magazine in its last edition covered graffiti that allegedly targeted President Recep Tayyip Erdoğan.

The graffiti that led to the closure of the magazine says: “Erdo-Gone! insallah maşaallah,” which are Arabic phrases used to express hope and joy to God. A cat is seen posing in front of the graffiti.

İstanbul Mayor Kadir Topbaş, who announced the closure of the magazine on Tuesday, said: “What has been done in the magazine is an act of cheapness and immorality. Such acts are being plotted in some places.”

Topbaş also said criminal complaints were filed against the three people responsible for the content of the magazine.