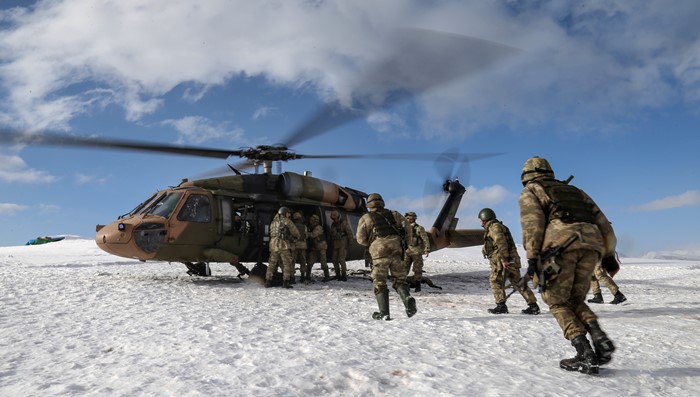 Two Turkish soldiers and nine terrorists from the Kurdistan Workers’ Party (PKK) were killed during clashes in the eastern province of Ağrı over the past 24 hours.

According to a report by Cumhuriyet, 11 soldiers were also injured during skirmishes in the Mount Tendürek region of Ağrı’s Doğubayazıt district.