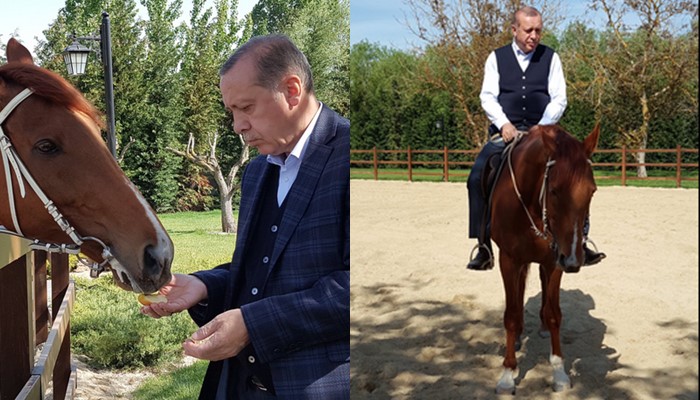 President Recep Tayyip Erdoğan has been seen on a horse for the first time since falling off one in 2003, news website t24 reported on Saturday.

Two photos posted on Twitter by Mustafa Varank, an adviser of Erdoğan, show the president feeding a horse and riding it, with a message reading: “Recep Tayyip Erdoğan, a valiant leader and friend of everything created.”

According to t24, this is the first time Erdoğan has been photographed riding a horse after an accident in 2003. Erdoğan fell off a horse named Cihan just after he started to ride during the inauguration ceremony of a park in the Bayrampaşa district of İstanbul.

In 2008, Erdoğan preferred to just feed a horse called “Hey Dadaş” in Erzurum, despite the fact that it was announced he would ride.