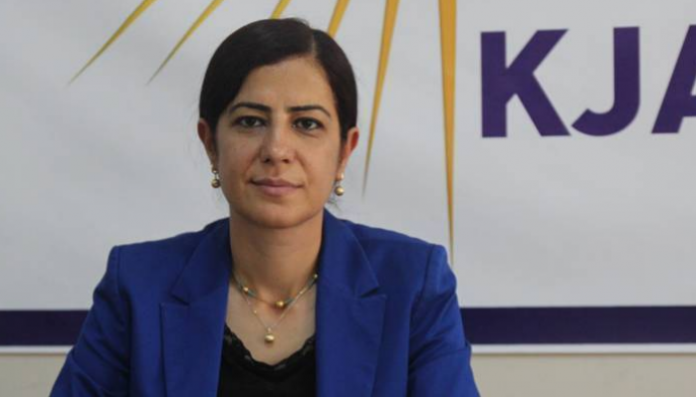 A high criminal court in the southeastern province of Diyarbakır on Thursday decided to release former pro-Kurdish Peace and Democracy Party (BDP) deputy Ayla Akat Ata, who has been behind bars for six months.

Ata was arrested on Oct. 30  and is facing up to 95 years in prison on various terror related charges.

The first hearing of her trial was held at the Diyarbakır 5th High Criminal Court on Thursday, when the court decided to release the former deputy.

Akat was also the spokesperson for civil society organization the Free Women’s Congress (KJA), which was closed down by the Turkish government in the aftermath of a failed coup attempt on July 15.

Turkey has stepped up its crackdown on Kurdish politicians in recent months. Trustees have been appointed to dozens of municipalities in the country’s predominantly Kurdish Southeast, while hundreds of local Kurdish politicians as well as 11 pro-Kurdish Peoples’ Democratic Party (HDP) deputies including the party’s co-chairs have been arrested on terror charges.

The HDP is the successor of the BDP.