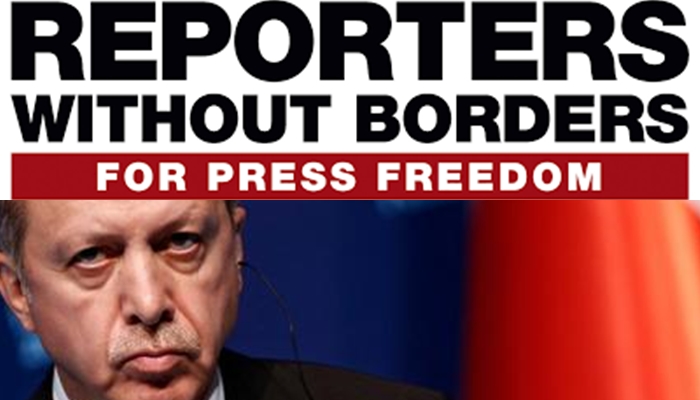 Turkey, which has around 200 journalists jailed in its prisons, is ranked 155th among 180 countries in the 2017 World Press Freedom Index released by Reporters Without Borders (RSF) on Wednesday.

If Turkey falls four more ranks, it will make it to the list of the countries on the blacklist, which has the poorest record in press freedom.

RSF said a witch-hunt carried out by President Recep Tayyip Erdoğan’s government against its media critics has come to a head since the abortive coup of July 2016 and that the authorities have used their fight against “terrorism” as grounds for an unprecedented purge.

“A state of emergency has allowed them to eliminate dozens of media outlets at the stroke of a pen, reducing pluralism to a handful of low-circulation publications. Dozens of journalists have been imprisoned without trial, turning Turkey into the world’s biggest prison for media personnel. Those still free are exposed to other forms of arbitrary treatment including waves of trials, withdrawal of press cards, cancellation of passports, and seizure of assets. Censorship of online social networks has also reached unprecedented levels,” RSF said.