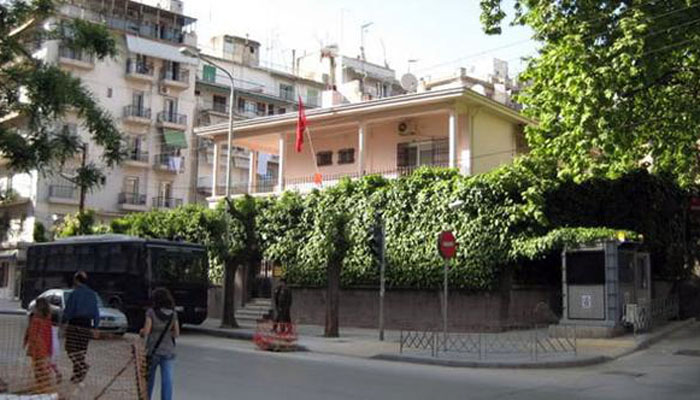 A group of masked assailants threw Molotov cocktails at the Turkish Consulate in the Greek city of Thessaloniki on April 23, the Doğan news agency has reported.

One of the Molotov cocktails thrown at police officers at the consulate at 5:30 a.m. started a fire; however, no injuries or damage to the consulate building were reported in the attack.

The police booth in front of the consulate has been subjected to attacks a number of times in the past, Doğan said.