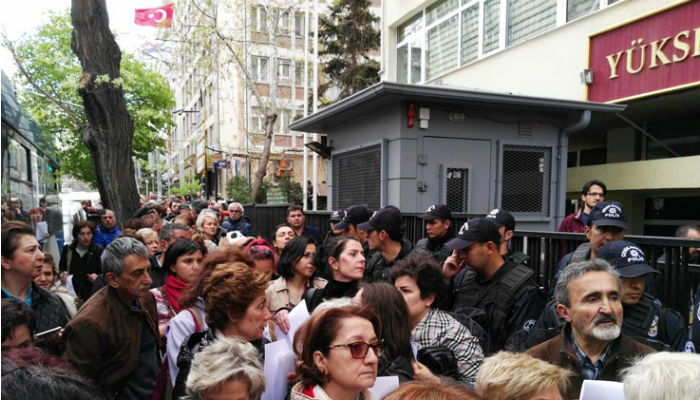 Hundreds of people gathered in front of Supreme Election Board (YSK) headquarters in Ankara on Tuesday demanding the cancellation of the results of a referendum held in Turkey on Sunday on the grounds that there were irregularities during the voting.

In addition to citizens, representatives from civil society organizations had also gathered in front of the YSK building on Tuesday,forming long queues to submit their petitions in which they ask for cancellation of the referendum results because unstamped ballots were cast.

YSK officials accepted the petitions from the hundreds of people while another crowd gathered in front of the İstanbul Courthouse in Çağlayan for the same reason on Tuesday.

Late on Sunday, the YSK issued instructions that significantly changed the ballot validity criteria and said the unstamped ballots were valid.