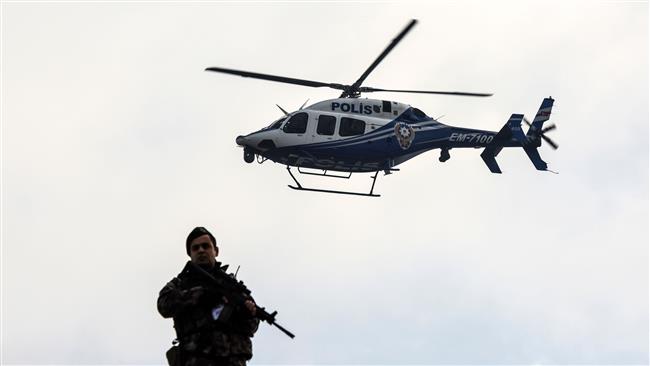 Officials said the police helicopter had 12 people on board when it went down in the eastern province of Tunceli during the early hours of Tuesday.

The helicopter was carrying a judge, seven police officers, one sergeant and three crew members, the Tunceli Governor’s Office said in a statement.

The helicopter reportedly crashed in an area between the Pülümür and Ovacık districts.

A military unit, comprising staff from Turkey’s Prime Ministry Disaster and Emergency Management Authority (AFAD), was immediately dispatched to the scene of the accident for search and rescue.

There was no official report about the potential cause of the crash. Local media said heavy rainfall and fog could have been a major issue, and security sources said they also suspected poor weather conditions.