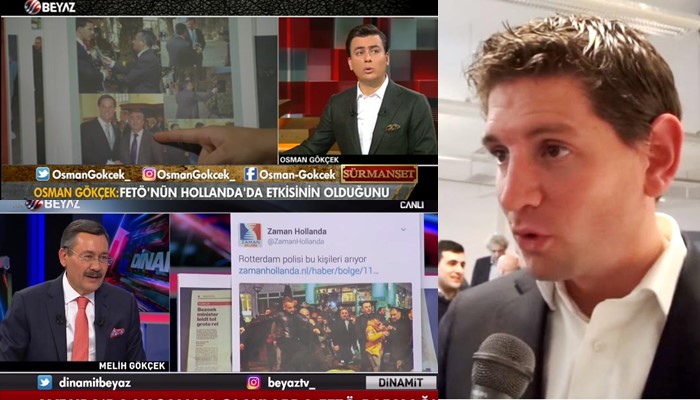 Two members of the Dutch House of Representatives, Democrats 66 (D66) members Jan Paternotte and Van Meenen, have submitted a written motion directed to Dutch Foreign Minister Bert Koenders, asking him to address threats against Dutch-Turkish journalist Basri Doğan and to look into allegations of spying on Turkish people in the country.

Doğan has recently been targeted by a pro-government TV channel in Turkey, Beyaz TV, for interviewing Dutch Prime Minister Mark Rutte ahead of the parliamentary elections in the Netherlands. The channel, owned by Ankara Mayor Melih Gökçek, portrayed Doğan as a terrorist because he was working for the Zaman daily, which was closed by the Turkish government in the aftermath of a failed coup attempt on July 15 due to its affiliation with the faith-based Gülen movement.

The government accuses the movement of instigating the coup attempt, while the movement strongly denies the charge.

In the motion, the two Dutch politicians ask Koenders what kind of measures he plans to take with regard to freedom of expression in the wake of the negative image and threats against Doğan, who is trying to engage in the profession of journalism in the Netherlands. They also ask what kind of security measures the ministry plans to take against new threats against Doğan.

In other questions, Paternotte and Meenen ask Koenders about spying efforts by Turkish intelligence units in the Netherlands on followers of the Gülen movement and whether any measures are being taken to prevent spying activities and punish those who are responsible.

“Are the Turks living in the Netherlands being profiled like those in Germany? What kind of efforts are Dutch intelligence units are making on this issue?” ask the Dutch politician.

Recently, the German Interior Ministry launched an investigation into whether Turkey’s National Intelligence Organization (MİT) has been spying on suspected supporters of the Gülen movement in Germany.

There are similar spying allegations against Turkish citizens in other European countries as well by Turkish intelligence units.