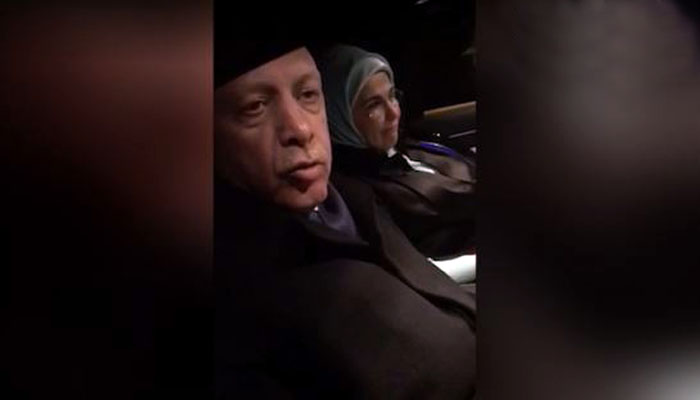 The resident of a housing complex in İstanbul to which President Recep Tayyip Erdoğan recently paid a visit asked him to direct authorities to seize the flats of people who had resided in the same complex due to their alleged links to the faith-based Gülen movement, accused by Turkey’s government of being behind a failed coup attempt last summer.

According to a video shared on Twitter, a woman who resides at the Yeşil Vadi housing complex in Ümraniye stops Erdoğan’s car along with other residents to greet him and his wife.

The woman says she has lived for 11 years in the same complex and informs Erdoğan about people who lived there previously and alleges they fled before the coup attempt.

Underlining that she had been living with those Gülen followers for years, the woman claims police searched their flats due to their links with the Gülen movement. She also asks Erdoğan to direct authorities to seize the flats and donate the money to the Mehmetçik Trust and the Police Trust, which help martyrs’ families.

“There were residents here who escaped before the coup [attempt]. I want you to impose a preliminary injunction on their apartments, sell them and donate [the money] to the Mehmetçik Trust and the Police Trust,” she said.

President Erdoğan says OK and asks her whether she knows their names. When the lady says the estate management has all the details, Erdoğan says he will “handle” the issue.