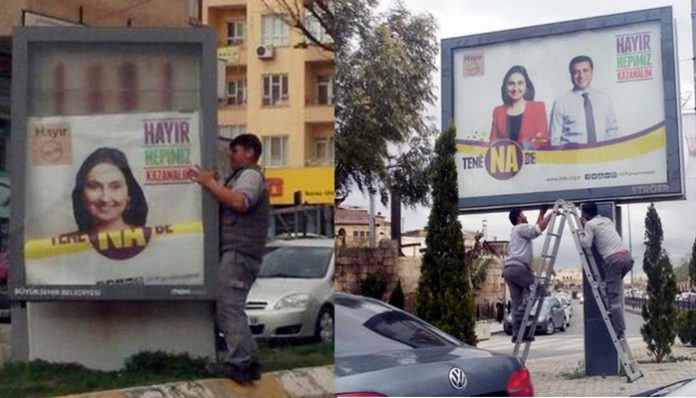 A court in Turkey’s Şanlıurfa province has banned pro-Kurdish Peoples’ Democratic Party (HDP) billboards prepared to promote a “no” campaign for a referendum to be held on April 16, CNNTürk reported on Saturday.

According to the report, a photo of Figen Yüksekdağ, jailed co-chair of the HDP, was cited as the reason for the ban by the court.

Last week the Şırnak Governor’s Office announced that the HDP official referendum campaign song, “Bejin Na‘’ (Say No), has been banned in Şırnak for “inciting hatred and hostility among the people.”

The HDP’s campaign song was composed by Kurdish singer Şeyda Perinçek and widely used by Kurdish politicians while campaigning to persuade people to vote “no” in a critical referendum on April 16 that will introduce an executive presidency in the country if approved.