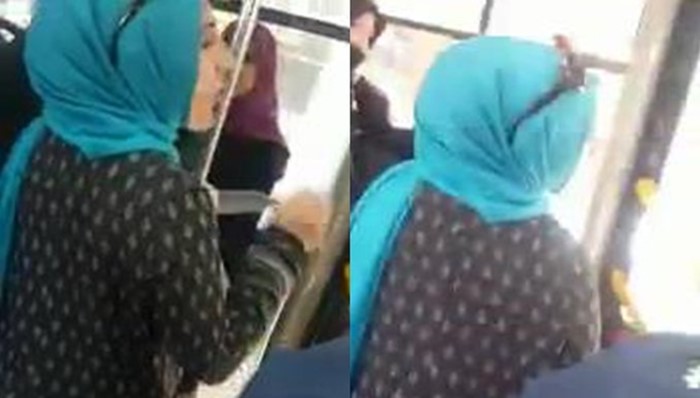 A supporter of President Recep Tayyip Erdoğan threatened critics on a public bus in Istanbul, saying that all people opposed to him will be killed after a referendum on April 16, the Cumhuriyet daily reported.

“Erdoğan is famous all over the world. You are going to die, peg out. It’s coming,” said a woman on a public bus to a person who was complaining about billboards on the road featuring Erdoğan and urging a “yes” vote in the referendum.

Some people on the bus were heard reacting to the woman’s comments.

On March 3 another passenger on a public bus in İstanbul who claimed to be a staunch supporter of President Erdoğan threatened a group of “no” leaning voters in the upcoming referendum, saying they will be put to the sword since the Ottoman Empire will be revived.

Another video appeared on social media in early March showing ruling Justice and Development Party (AKP) Sinop provincial executive committee member Musa Yıldırım firing a gun in an empty field in order to threaten people who are planning to vote “no” in the referendum.

In a similar development in January, a Turkish gang leader, Sedat Peker, declared his support for the transition to an executive presidency in Turkey while threatening those who are against holding a referendum to vote on the change in the country’s system of governance.

In a social media message Peker, who is a vocal supporter of President Erdoğan, vowed to vote “yes” for the changes to the constitution and said, “We will be waiting in the streets for those who take to the streets to prevent the referendum, just as we took to the streets on the night of the July 15 coup attempt.”

Erdoğan as well as Prime Minister Binali Yıldırım accused the potential naysayers in the referendum of taking sides with terrorist organizations in previous statements.