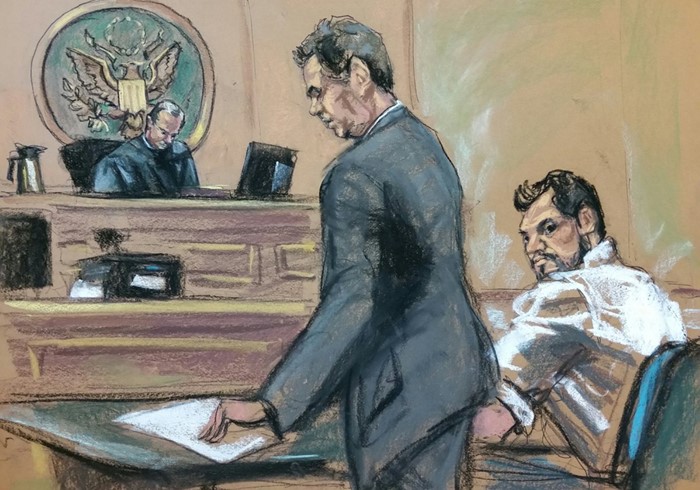 Mehmet Hakan Atilla, a deputy chief executive officer of state-owned Türkiye Halk Bankası A.Ş., was arrested when he arrived at John F. Kennedy International Airport in New York City on Tuesday as part of an investigation into the violation of US sanctions on Iran.

According to Bloomberg, Atilla was accused of conspiring with Iranian-Turkish gold-trader Reza Zarrab, who is awaiting trial on charges of using his network of companies to circumvent federal sanctions on Iran.

Atilla’s arrest was made in connection with the pending prosecution of Zarrab as US authorities have said they have evidence that Zarrab paid millions of dollars in bribes to Turkish government officials and top executives at Halkbank to evade sanctions on Iran.

On Monday, Zarrab, a Turkish-Iranian gold trader who was arrested in Miami last year for violating US sanctions on Iran, hired former mayor of New York City Rudolph Giuliani and former US. Attorney General Michael Mukasey for his defense team, sparking claims of a potential conflict of interest.

The former prosecutor of the Zarrab case, US Attorney for the Southern District of New York Preet Bharara, was recently fired by the Trump administration.

In February, a US District Court rejected an objection by Bharara over a conflict of interest in a law firm defending Zarrab. According to Bharara, there was a conflict of interest in that the law firm Kirkland & Ellis, which defends Zarrab, is also defending eight banks involved in the case. Zarrab canceled contracts with law firms Quinn Emanuel Urquhart & Sullivan, LLP, and Clifford Chance US LLP.

The prosecutor who replaced Bharara said in his letter to the court as reported by Reuters that the banks’ relationships with the law firms require a special hearing to make sure Zarrab understands the potential conflict.

According to a statement by Joon H. Kim, the acting US attorney for the Southern District of New York, on Tuesday, “Mehmet Hakan Atilla, a Turkish banker, participated in a years-long scheme to violate American sanctions laws by helping Reza Zarrab, a major gold trader, use U.S. financial institutions to engage in prohibited financial transactions that illegally funneled millions of dollars to Iran.”

“As alleged in the criminal complaint unsealed today, Atilla worked with Zarrab to create and use fraudulent documents to try to disguise prohibited Iranian financial transactions as food that would qualify under the humanitarian exception to the sanctions regime,” the statement said.

The prosecution of this case is being handled by the Terrorism and International Narcotics Unit of the US Attorney’s Office for the Southern District of New York.