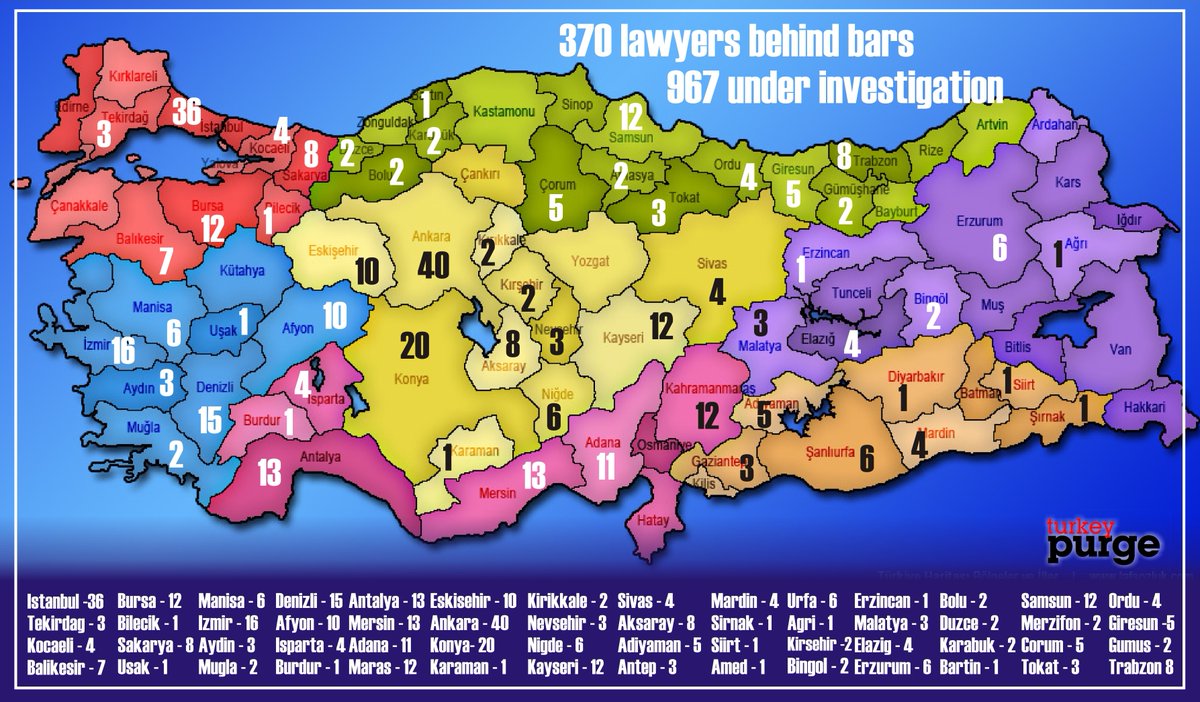 At least 370 lawyers have been jailed, while 967 others have been investigated either over alleged involvement in a coup attempt on July 15, or having links to the Gülen movement, which the government accuses of masterminding the attempted coup.

The data was compiled by Turkey Purge editors based on reports released by Turkey’s state-run Anadolu news agency and the @ Av_EvrenSEL Twitter account, an initiative for the arrested Turkish lawyers, since the failed coup attempt on July 15, 2016.

However, the government has been undertaking a massive crackdown against real and perceived sympathizers of the movement.

Over 135,000 people, including thousands within the military, have been purged due to their real or alleged connection to the movement since the coup attempt, according to a statement by the labor minister on Jan. 10.