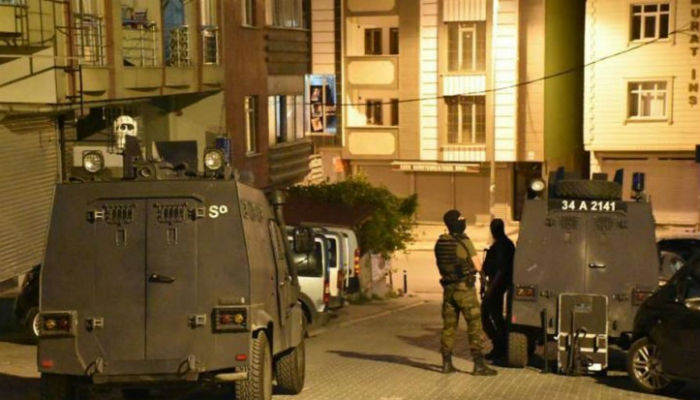 Dozens of people including three journalists were detained on Thursday in operations targeting the pro-Kurdish Peoples’ Democratic Party (HDP) across several provinces ahead of Nevruz celebrations.

Nevruz is a spring festival traditionally marked in the second half of March and has a highly symbolic meaning for Kurds, with colorful celebrations across the predominantly Kurdish Southeast of Turkey.

But the celebrations also frequently in the past became the scene for clashes between police and demonstrators.

Dihaber reporter Hayri Demir was detained in Ankara and journalist Cüneyt Yavuz was detained in İstanbul, while the general manager of Radyo Dünya, which has been closed down by the government, was detained in Adana. It is not yet known on which charges the journalists were detained because of the confidential nature of the investigation.

Police teams even raided the house of newspaper distributor Hakan Ergün, who used to work for the now-closed Özgür Gündem daily and was jailed eight months ago.

The operations were conducted in Antalya, Adana, İstanbul, İzmir, Hatay and Mardin provinces. Among the detainees is Yuhanna Aktaş, head of the Mardin Assyrian Foundation and president of the Nevruz Organizing Committee.

In the meantime, the İstanbul and Ankara Governor’s Offices have banned scheduled Nevruz celebrations in the Bakırköy Public Bazaar and Kolej Square, respectively, on March 19.