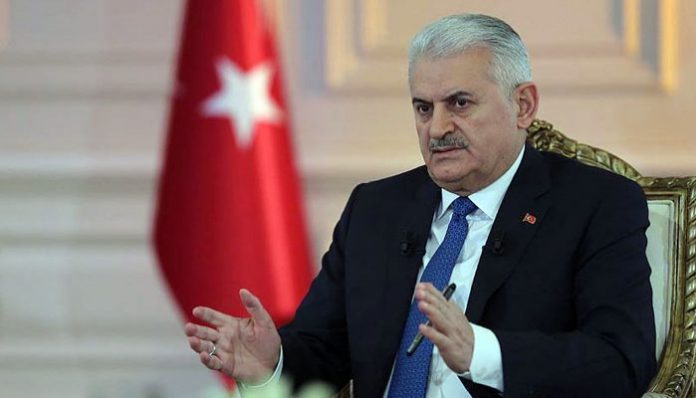 Turkish Prime Minister Binali Yıldırım in a live TV interview on Tuesday night said his Dutch counterpart, Mark Rutte, had apologized for the detention of the Turkish consul general in Rotterdam and the chargé d’affaires from the embassy in The Hague.

Tensions remain high between the two countries since two Turkish ministers were prevented from holding political rallies in the Netherlands over the weekend and Dutch police used force to disperse Turks protesting over the incidents in Rotterdam.

Yıldırım said Rutte told him on the phone that the detention of the two diplomats during the crisis took place by mistake.

The two Turkish diplomats were reportedly detained after a Turkish minister, Fatma Betül Sayan Kaya, was expelled from the country when she insisted on entering the Turkish Consulate General in Rotterdam. Kaya had crossed the border into the Netherlands by car after The Hague revoked clearance for the aircraft of Turkish politicians to land on Dutch soil.

The Turkish government on Monday announced a series of political sanctions on the Netherlands over its refusal to allow two Turkish ministers to campaign there, including halting high-level political discussions between the two countries and closing Turkish airspace to Dutch diplomats. Other sanctions bar the Dutch ambassador entry back into Turkey and advise Parliament to withdraw from a Dutch-Turkish friendship group.

Tension between the two countries, a dramatic escalation of Turkey’s row with EU states, increased on Saturday when the Netherlands blocked two Turkish ministers from speaking at political rallies and the Turkish president, Recep Tayyip Erdoğan, twice referred to the Dutch government as “Nazis.”