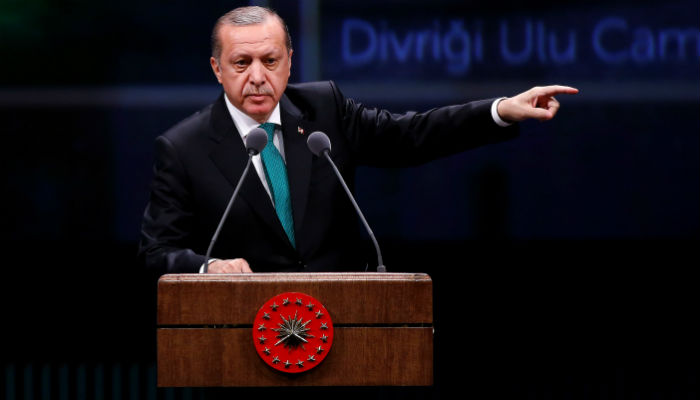 Turkish President Recep Tayyip Erdoğan directed a fresh wave of verbal attacks at the Netherlands on Tuesday, accusing the country of responsibility for the killing of some 8,000 Bosnian men in 1995, Europe’s worst mass killing since World War II.

There is ongoing tension between Turkey and the Netherlands due to The Hague’s refusal to allow two Turkish ministers over the weekend to hold campaign rallies with expatriate Turks for an upcoming referendum in Turkey.

In a televised speech Erdoğan referred to the massacre of some 8,000 Muslim men and boys in Srebrenica, eastern Bosnia, in 1995, and blamed a Dutch battalion of United Nations peacekeepers who failed to halt the slaughter by Bosnian Serb forces.

“We know the Netherlands and the Dutch from the Srebrenica massacre. We know how rotten their character is from their massacre of 8,000 Bosnians there,” Erdoğan said.

In his speech Erdoğan also said the diplomatic row with the Netherlands could not be dismissed with an apology and that further action could be taken, after Turkey on Monday suspended high-level diplomatic ties with the Dutch.

In a previous speech Erdoğan, who is seeking Turkish voters’ support in an April 16 referendum on boosting his powers as head of state, had accused the Dutch government of acting like “Nazi remnants” for barring his ministers.