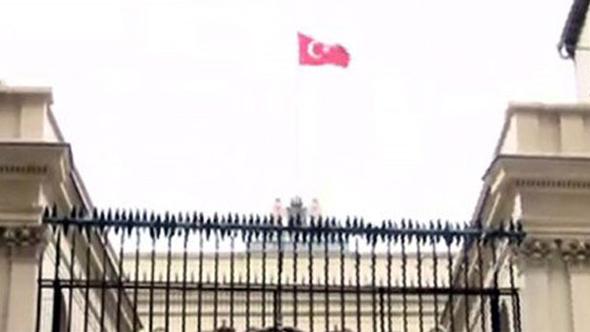 A protester in İstanbul on Sunday removed the Dutch flag from the consulate general building and replaced it with a Turkish flag.

The Turkish flag was seen flying at noon İstanbul time.

A man reportedly replaced the Dutch flag in protest of the cancellation of Turkish ministers’ campaign rallies in the Netherlands.

On Saturday night Turkish Minister of Family and Social Policy Fatma Betül Sayan Kaya was expelled from the Netherlands after she insisted on going to the residence of the Turkish consulate in Rotterdam despite an earlier Dutch cancellation of the flight clearance for Turkish Foreign Minister Mevlüt Çavuşoğlu’s aircraft to land in the country.