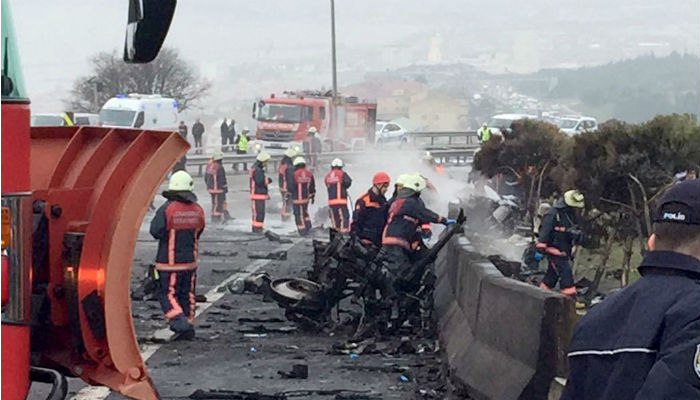 A Sikorsky S-76-type helicopter crashed in İstanbul’s Beylikdüzü district on Friday morning after it hit a television tower, killing all seven people on board, according to a statement from İstanbul Governor Vasip Şahin.

According to media reports, the seven people were on board a helicopter owned by the Eczacıbaşı Group.

Photos from the area showed parts of the helicopter scattered around and smoke coming from the crash site. Ambulances and fire brigades were immediately dispatched to the scene.

The helicopter reportedly took off from İstanbul Atatürk Airport and was on its way to the Eczacıbaşı facilities in Bilecik province.

Büyükçekmece Mayor Hasan Akgün told media outlets that he saw the bodies of five victims in the area.

The D-100 road was closed to traffic following the incident.