Academics face up to 17.5 years in jail for Facebook posts 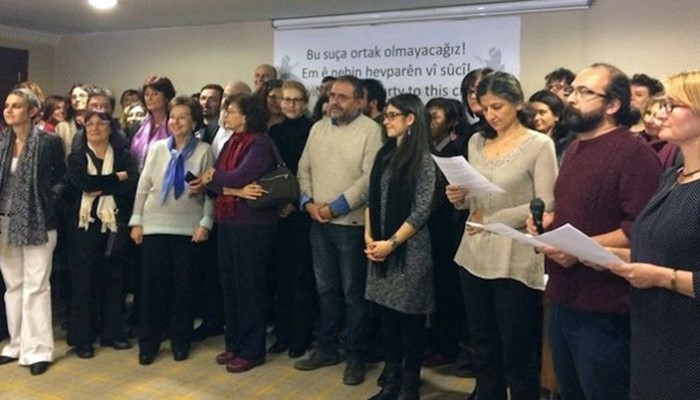 Three academics who were signatories of a peace declaration criticizing curfews imposed in Turkey’s predominantly Kurdish southeastern districts in 2015 are facing up to seventeen-and-a-half years in prison for their Facebook posts, Cumhuriyet reported on Friday.

The social media posts the prosecutor presented as evidence include messages about the 2013 Gezi Park protests and clashes in Silvan and Cizre. Mertcan and Gülşen had been dismissed from their universities.

One hundred fifteen out of 330 academics who were dismissed from their jobs by a government decree issued in February were signatories of the peace declaration. Over 1,100 academics from 90 universities across Turkey signed the declaration.

Professor Mehmet Emin Arat, the rector of Marmara University, said in February that academics who had been dismissed from the university through government decrees were selected according to whether or not they had signed the peace declaration in early 2016.