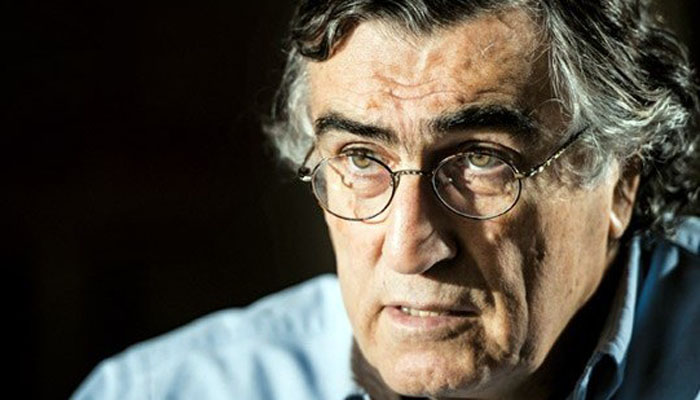 Seven lawyers among 15 detained in Ankara over Gülen links

The trial of renowned Turkish journalist Hasan Cemal over his columns in 2013 that dealt with a settlement process for Turkey’s long-standing Kurdish problem began on Thursday in İstanbul.

During the hearing at the İstanbul 24th High Criminal Court on Thursday, Cemal was accused of disseminating the propaganda of the outlawed Kurdistan Workers’ Party (PKK) in his columns published in 2013 on the T24 news website when the ruling Justice and Development Party was supporting the settlement process, launched by the government in 2012 in talks with PKK representatives.

The indictment prepared by İstanbul Public Prosecutor Edip Şahiner demanded 13 years in prison for Cemal for “disseminating the propaganda of a terrorist organization.”

Denying the charges leveled against him during his defense, Cemal said he only performed his job as a journalist.

“Everyone wanted peace at that time. As a journalist, I just questioned how the path to the mountains [to join the PKK] was opened and how it could be closed. It was only journalism,” he said.

In a series of columns in May 2013 titled “Çekilme Günlüğü” (Diaries of Withdrawal), Cemal wrote about the peace process in which it was envisioned that PKK militants would “peacefully” lay down their arms.

Following the general elections of June 2015, when the ruling Justice and Development Party (AKP) was not able to form a single party government, then-Prime Minister Recep Tayyip Erdoğan said the settlement process had been shattered due to a violent attack by the PKK that killed two police officers in Şanlıurfa province, on July 22, 2015.

According to reports in the Turkish media, a total of 1,692 people including 594 civilians, 549 soldiers and 311 police officers have been killed in PKK terror attacks during the violence since July 2015.