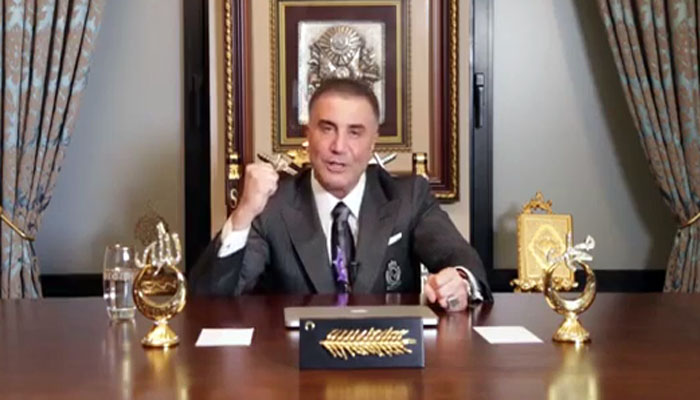 Sedat Peker, a convicted gang leader and staunch supporter of President Recep Tayyip Erdoğan, said in a video that he can organize violent protests across Europe worse than the 2013 Gezi Park protests if European governments continue to support the “no” camp for an upcoming referendum in Turkey that will significantly expand Erdoğan’s powers and switch Turkey to an executive presidency.

In the video, which was released on his personal website on Tuesday, Peker, who is also known for his far-right nationalist political views, said, “When the right time comes, Europeans will learn exactly how our race, which has been brought up with the belief that those who look at life fearlessly are not afraid of death, can organize such protests in every corner of Europe, much worse than the Gezi protests.”

Peker also criticized the recent cancellation of Turkish ministers’ referendum rallies in several European towns, saying those decisions are serving to support the “no” camp in the referendum.

In a similar development last month, Peker declared his support for the transition to an executive presidency in Turkey while threatening those who are against holding a referendum to vote on the change in the country’s system of governance.

Earlier in a social media message, Peker vowed to vote “yes” for the changes to the constitution and said, “We will be waiting in the streets for those who take to the streets to prevent the referendum, just as we took to the streets on the night of the July 15 coup attempt.”