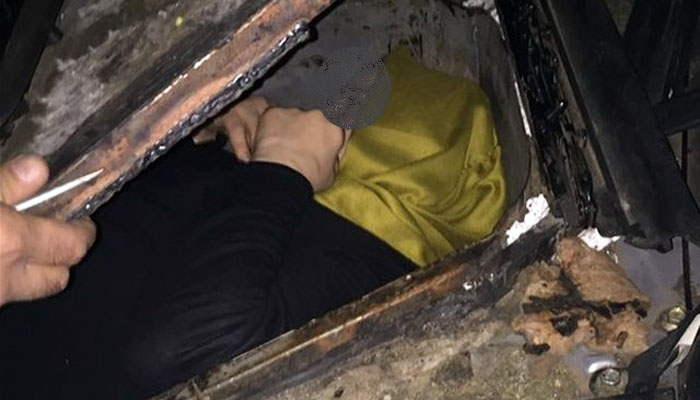 A Turkish woman identified by the initials H.T.K. was detained in Artvin province while she was allegedly attempting to flee to Georgia, on Feb. 28.

Police stopped a car on Turkey’s Georgian border to carry out a search upon a complaint. H.T.K. was found hiding in a secret compartment below the back seat, near the car’s fuel tank.

According to Turkish media, there was an outstanding arrest warrant for H.T.K., issued as part of a government crackdown on the Gülen movement, which is accused by the government of being behind a failed coup attempt on July 15.

Thousands of people have fled Turkey due to a massive witch-hunt launched by the Justice and Development Party (AKP) government against sympathizers of the Gülen movement since a failed coup attempt on July 15. The government accuses the movement of masterminding the coup.

About 130,000 people have been purged from state bodies, 92,000 detained and 45,000 arrested since the coup attempt. Arrestees include journalists, judges, prosecutors, police and military officers, academics, governors and a comedian.